What's more important for a small business: to show up on Google or Facebook?

They're both important! Before we get into the secrets of Google and Facebook, here's a little background about how we met.

Meet my friend, Pip. She hails from a hamlet near Vancouver in Canada, while I reside in Nashville, Tennessee. We met online in a Facebook group before meeting in person at Social Media Marketing World in San Diego. 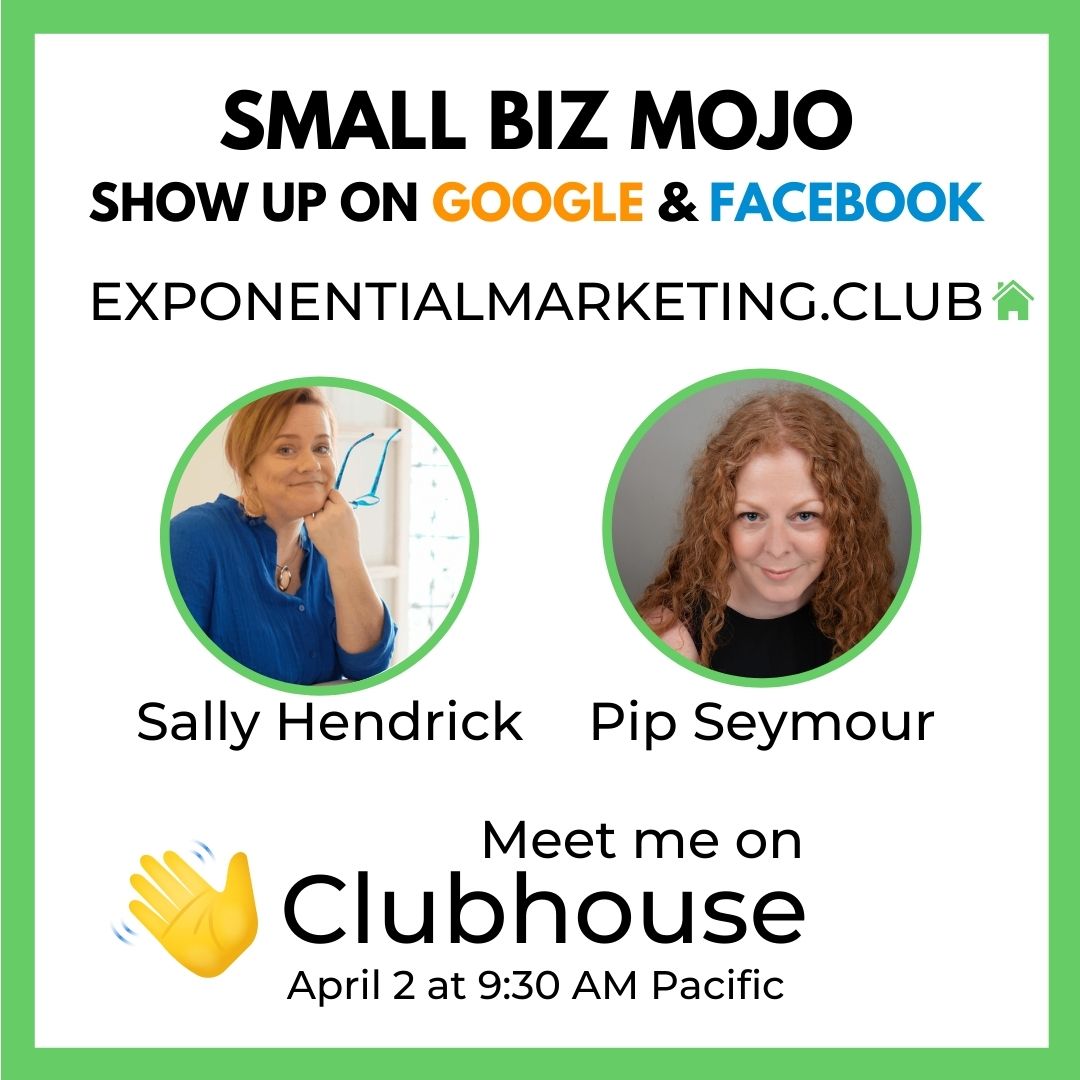 CLICK HERE: Get notified of our live chats on Clubhouse.

Pip Seymour of Seymour Digital Media focuses on Google features, while I, Sally Hendrick, focus mostly on Facebook and Instagram. We share tips in this episode from the Exponential Marketing Club chat on Clubhouse.

Later in the episode, we welcome Colin Yearwood to the discussion. Colin's been around online for a long time, and we discovered a funny thing about him. He has a past alias, Chris Deals, that he used when he sold things on E-bay years ago. Check out this video of Leslie Samuel interviewing him at an event.

Coincidence? Pip and Sally know Leslie from the same conference in San Diego, and Colin met Sally on Twitter, which led to Colin attending one of Sally's events in Nashville, where he was living at the time. Now Colin lives near Leslie in the Tampa, Florida area. So even though we are all in this online digital space, we have real connections in person, and that is what makes this industry fun to be in.

So even though the digital space can feel distant at first, it's important to take those industry relationships offline into the real world. It's even more important to do that with your clients.

Get content-making tips and my FUNNY HOLIDAYS calendar for FREE for daily content inspiration! 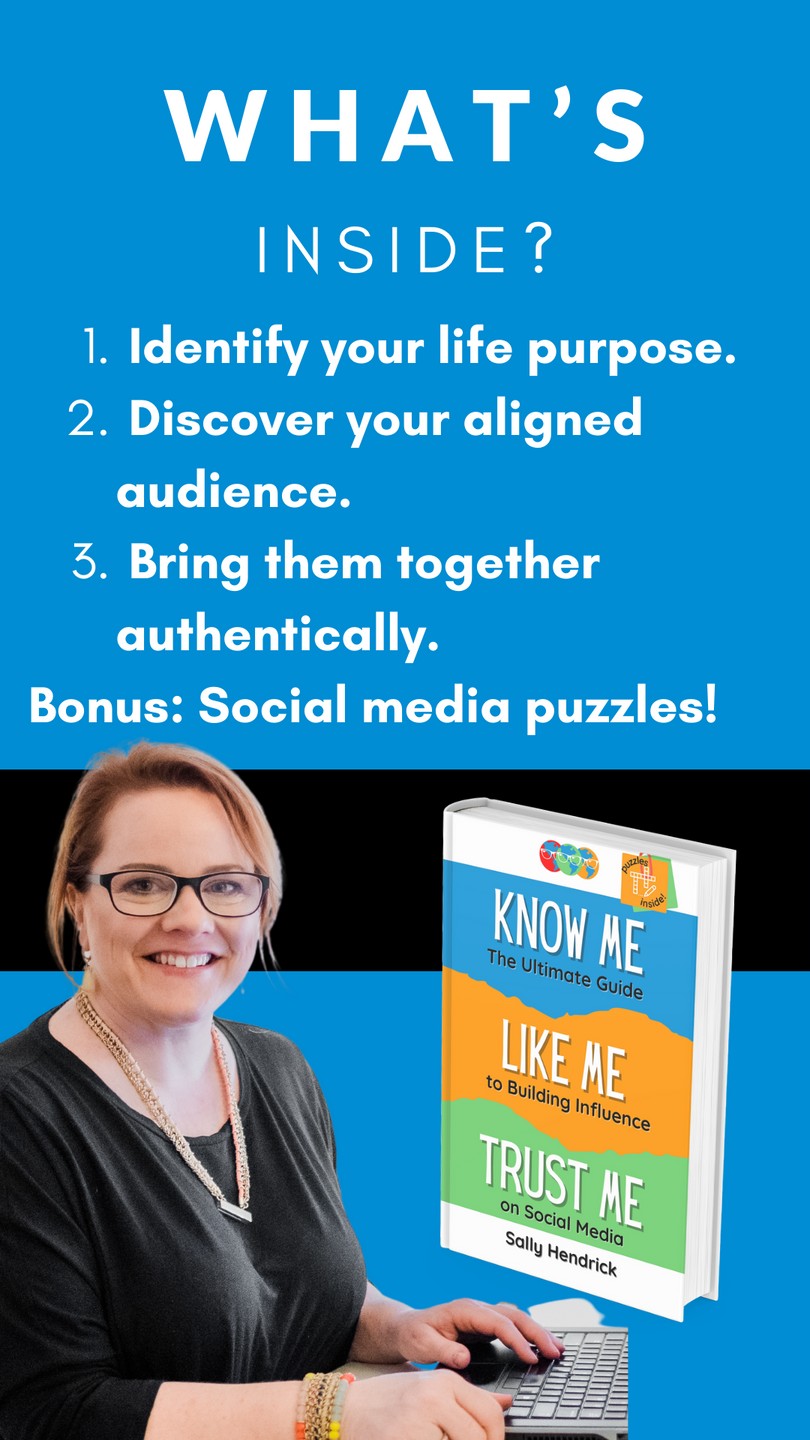 Stand UP for What You Believe In & Stand OUT From the Crowd! 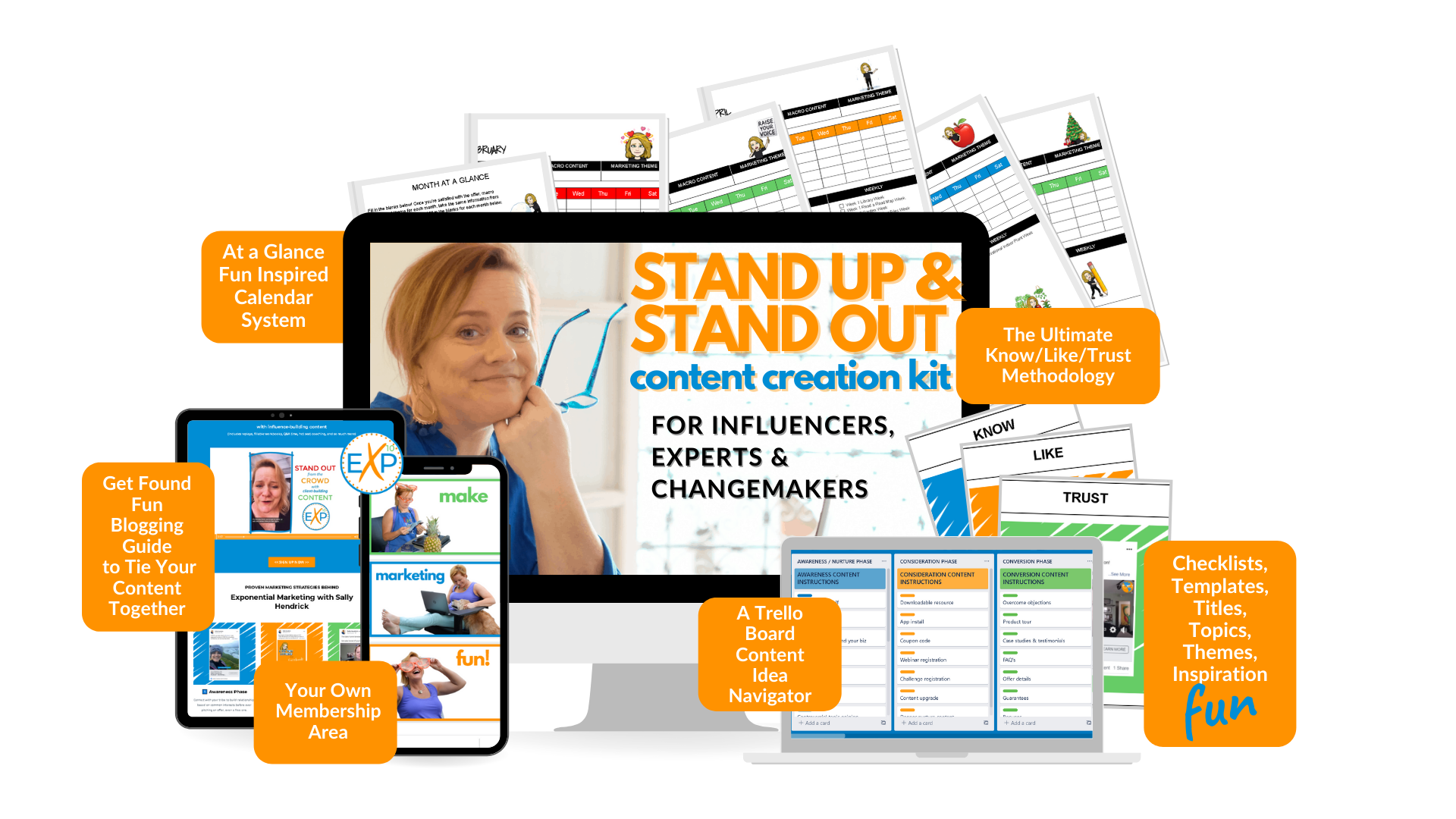